"Be Careful What You Wish For"

The ruined orgasm I gave John on Saturday evening has to be the best (or worst, depending END_OF_DOCUMENT_TOKEN_TO_BE_REPLACED

Forced male chastity... a bit of a hot topic, and, ultimately, one large pile of unicorn shit, END_OF_DOCUMENT_TOKEN_TO_BE_REPLACED 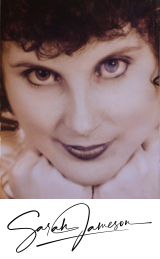 I' m Sarah Jameson and I promise... if you’re looking for information about strict male chastity within a loving relationship, then you’re in exactly the right place.

Here’s how it works: male chastity is a consensual act where a man willingly foregoes his orgasms and puts the decision about when, how, where and even if he’s allowed to orgasm in his partner’s hands.

And it's always done with the consent of the man (the whole idea of forced male chastity is bullshit, and something you'd do well to forget about right now).

The ultimate result for loving couples is a closer more emotionally and physically intimate relationship, where they typically enjoy more sexual activity rather than less.

Good.Because it is fun.In fact, I can safely say male chastity is probably the best thing that’s ever happened in my marriage, after getting married to John in the first place, of course.

But one of the toughest things about it all is finding real information on the topic.

The upshot is there are very few places where you can find sane, sensible and realistic information about serious male chastity.

Happily for you, this blog is one of those places.

What Other People Say About the Male Chastity Blog

Thank you for finally showing me the way to get what I want.”

I just want to say that in the time I have been reading your writing — with the Mistress sometimes looking over the shoulder — we have been impressed with what is said. Good homely down to earth realism.

Sarah, many thanks for your refreshingly practical and down to earth writings on this topic.

I really appreciate the time and thought you have put into this subject.  You have done a marvelous job.  So marvelous, in fact, that if I end up following through with this, it will have been your thought provoking essays that made the difference and took away so many potential future orgasms.

Thank you for putting together your publications and website and a big thumbs up here in Norwich UK from me.

About Me, Sarah Jameson

Sarah is my real name.

And John is my husband’s real name, too.

Other than that we value our privacy, not least because John and I run our own business, and for professional reasons we want to keep our sex-life separate from our business life insofar as we can.

Plus, there are a lot of weirdos, creeps and, frankly, unpleasant people out there who are variously sexually unstable, aggressive and threatening, and even just plain… creepy.

We’re a normal and very happily married couple (although our being happy perhaps itself makes us not that normal), with one major difference: I have full and complete control of John's orgasms.

In the early days of our journey into male chastity I would allow him orgasms every three months or so, when we’d have “Chastity Honeymoons”, where we’d make love and he’d be allowed to orgasm how and when he wanted to.

A whole year’s orgasm denial, in other words.

That was pretty amazing for both of us.

John is rarely allowed to orgasm at all, maybe once or twice a year.

If you’re not into the male chastity “scene” yourself, then you might find this just a little strange. You might even be tempted to think he’s some kind of “sissy”, or somehow less manly because of it.

Nothing could be further from the truth. He’s strong, assertive, confident sexy, and altogether manly and masculine.

By the same token, I’m not some fire-breathing, leather-clad über-Dominatrix who calls him a “worthless slave” and treats him like dirt. I have to ask myself why any woman keeps her man around if he’s truly worthless.

Oh, I know some men like that kind of thing, and I’m not making a value-judgment either way. My only comment really is it’s not for us.

That said, we have got more into D&S as the years have gone by, and my “control” of John does now extend beyond consensual male chastity.

And the reason for this blog?

When we first started getting into it, some years ago now, we had a hard time finding anything which catered exclusively for male chastity without going into all the other female-domination topics, too.

So I finally plucked up the courage to start my own little corner of the Internet.

And it wasn’t long before readers were clamouring for something more substantial than the blog alone, so I put together Why He Wants You to Say NO!, a free Guide to male chastity.

If you're looking for safe, sane, and realistic information about and advice on male chastity, then I strongly urge you to help yourself to this FREE guide to the male chastity lifestyle.

It's delivered to your inbox as a series of emails over the next couple of weeks.

By the time you reach the end you'll know exactly what you're letting yourself in for and how to go about asking your partner to play along.

Just scroll down to the panel below, leave your details, and click the button... and the first part of Why He Wants You to Say "No!" will be dropping into your inbox in the next few minutes.