Forced male chastity... a bit of a hot topic, and, ultimately, one large pile of unicorn shit, END_OF_DOCUMENT_TOKEN_TO_BE_REPLACED 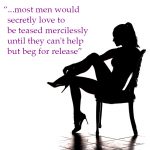 Male tease — the vanilla kind, if there be such a thing — is  not that different END_OF_DOCUMENT_TOKEN_TO_BE_REPLACED

The ruined orgasm I gave John on Saturday evening has to be the best (or worst, depending on your viewpoint) ruined orgasm he’s ever had.

As you may or may not already be aware, that’s how I perform his occasional prostate milking, once every couple of months.

Usually I do it in a rather straightforward manner, but this time I put his ruined orgasm right at the end of a long tease and denial session and the “break point” after I stopped all stimulation and he started to come seemed to last forever, although it can only have been measured in tens of seconds at the absolute most.

His reaction to this was… extreme, lol.

I’ve never heard him beg and plead so much for me to touch him (I’ve never had a ruined orgasm myself, but I am reliably informed they are worse than no orgasm at all… ruined orgasms give John blue balls, even though he is ejaculating, and it makes the ache and feeling of denial even more intense). 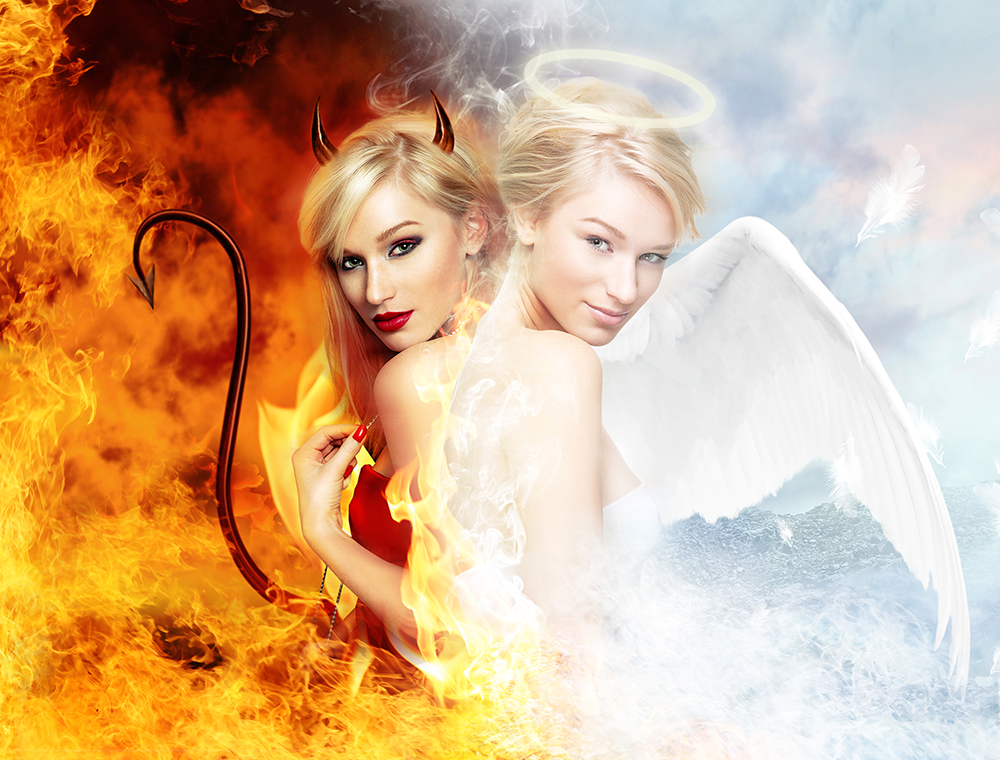 Devilish and wicked... the ruined orgasm is one of the best punishments to give a man. He'll love it and hate it, and won't be able to stop himself from coming

And… smiles aside, there’s a serious point here.

I've never had a ruined orgasm myself

But I know how frustrating being teased is…

... and I can but imagine what proper denial must be like.

I think I’d go on a murderous rampage!

And many women feel the same way, so they automatically (and incorrectly) assume their man is going to be the same.

Yet, while some will (because some men say they want chastity and denial, but find the reality is not to their taste), most men really do want this.

Their begging at the time is genuine and heartfelt, but overriding it all is the wider consent of, in effect, “No matter what I say when it comes down to it… I want denial!”.

Or, in other words… they want to come…

And when you give them a ruined orgasm they really do want the real thing… until afterwards when they thank you for your cruelty.

I can’t imagine what it must be like to go without an orgasm for a year.

Yet, that’s what John is in the process of doing, and with my full and enthusiastic support and help.

In fact, there’s a good chance after this year, it might be another year.

Or perhaps even never.

... imagine a ruined orgasm was the only kind of orgasm you were ever going to have

Do you think you could stand it?

And… he wants it.

I don’t have to know why he wants this or even understand it at all.

All I have to know is I enjoy what I get from it as much as he enjoys what he gets from it. In an odd way he even enjoys ruined orgasms (and I know I enjoy giving them to him).

And that’s all that matters.

I do know a lot of men are scared of chastity, even to the point where they’re afraid even to mention it to their wives and girlfriends.

But they’re also scared because they have this impression they’re getting into something they can’t then back out of.

Which is, of course, nonsense, especially if you hammer out the ground rules before you begin (which for John now means a session on the bench with the cane, because orgasms are forbidden, even when I make him come deliberately, just because I can).

Like many things, you really won’t know what it’s like until you’ve had a go and tested the water.

Back to Male Orgasm Denial
Previous