Chastity blog: my personal reason for writing one

The ruined orgasm I gave John on Saturday evening has to be the best (or worst, depending END_OF_DOCUMENT_TOKEN_TO_BE_REPLACED

Forced male chastity... a bit of a hot topic, and, ultimately, one large pile of unicorn shit, END_OF_DOCUMENT_TOKEN_TO_BE_REPLACED

I started to answer the question of why I am writing a chastity blog right from the beginning, but I get easily sidetracked, both with work and male chastity itself.

I’ll try to do better!

Primarily it’s because we have reached a point now where we’re not only more comfortable and settled in the lifestyle, but we’re sufficiently experienced that we can share what we’ve discovered with the world at large.

We’re not claiming to have all the answers, not for ourselves and certainly not for others. But we’re no longer the complete novices we were, and if this blog can help people embarking on the male chastity lifestyle avoid some of the dead ends, pitfalls, blind-alleys and frankly silly mistakes we made, then it’s got to be a good thing.

It’s also going to help us learn and grow further. In our experience and that of the men and women we’ve spoken to, you tend to kick off the male chastity lifestyle thinking it’s an event: you put on the belt or the device, you get locked… and that’s it.

The idea the belt goes on and stays on the first time is a myth perpetuated by fantasists — usually men who get a kick out of writing that kind of silliness. As fiction it’s amusing and entertaining… but when it’s put forward as reality, it’s just plain sad.

That’s another reason for this chastity blog — to dispel some of the myths.

Because male chastity more of a process.

As Lao Tzu said, The journey of a thousand miles begins with a single step.

And writing The Male Chastity Blog is part of that process 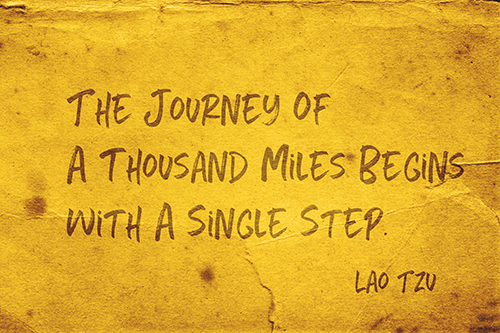 The belt doesn’t fit, or it takes some adjusting or rework… and always takes some getting used to.

All this is frustrating for both of you.

And then… John has occasionally wondered if it’s what he really wants, and even if he wants it can he achieve it?

After all, locking that device and giving me the key, knowing if things go well it’s not likely to be coming off for a month or two, and even if it comes off he won’t be allowed to orgasm is a big mental challenge.

Another reason for me to create The Male Chastity Blog is it’s not all fun and games and unbridled sexual passion and frenzy.

Real life intrudes, you still have your grumpy days and so does your partner.

And… fairly experienced though we are, we’re still on the journey and perhaps the inevitable final destination is permanent male chastity.

I don’t know about that and if it’s our destination, then it’s still some way off, a time-span measured in years at least.

Three years ago I didn’t even know what male chastity was… and now we’re both deeply immersed in the lifestyle.

So I guess what I’m saying is I intend to share all of it on the male chastity blog.

With luck and your support, maybe we can make something useful of it.

Back to top of Chastity blog: my personal reason for writing one