The ruined orgasm I gave John on Saturday evening has to be the best (or worst, depending END_OF_DOCUMENT_TOKEN_TO_BE_REPLACED

Forced male chastity... a bit of a hot topic, and, ultimately, one large pile of unicorn shit, END_OF_DOCUMENT_TOKEN_TO_BE_REPLACED

The CB3000. His (our?) first chastity device. At the time we got it, we were both very inex­pe­ri­enced and naive when it came to male chastity and, to be hon­est, we’d prob­a­bly uncon­sciously taken some of the more unlikely tales of “she put this on me and took the keys, and I haven’t been let out since” a lit­tle too literally. 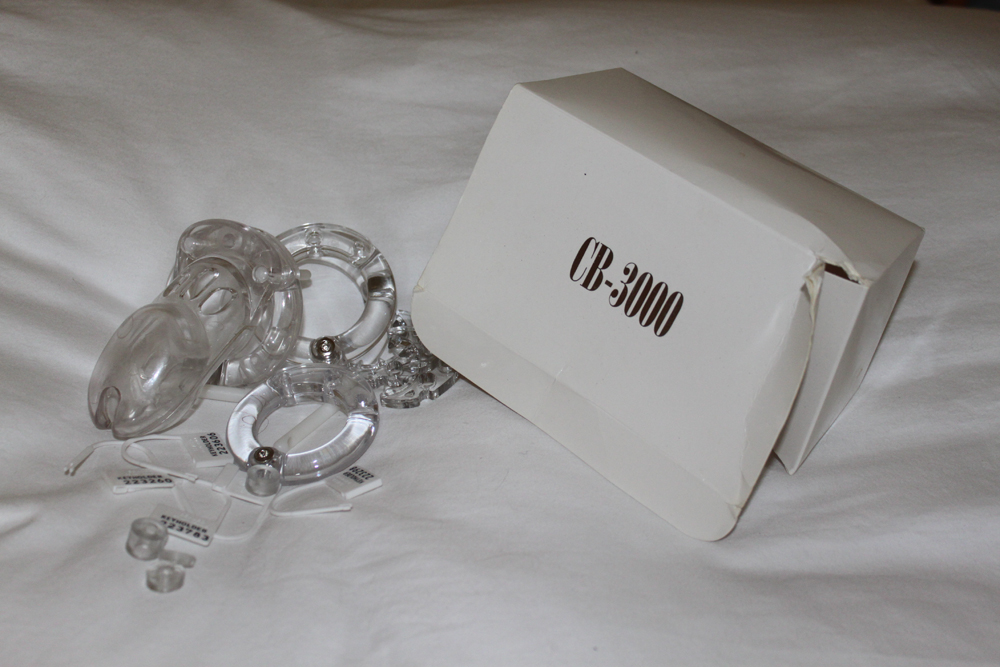 The CB3000 is a bit fid­dly and some­times painful to get on, not something you want in a long-term chastity device, to be sure.

At first John said it was com­fort­able, but soon changed his mind. The plas­tic ring fre­quently made his tes­ti­cles sore, the con­struc­tion of the thing made it pinch his skin and catch his pubic hairs on occa­sion… and worst of all, he could still orgasm in it!

Even­tu­ally we gave up on it.

I know some peo­ple have suc­cess with the CB3000 and by all accounts, some men have been suc­cess­fully kept chaste for sev­eral months. I have to take them at their word, although I can say with us it was no good at all.

At the time John was quite dis­ap­pointed, and I guess I was, too.

I think that’s when it first really hit me what the pos­si­bil­i­ties were.

I already had an inkling, from how he reacted and my reac­tion to his reac­tion when I told him to stop dur­ing love­mak­ing, or wouldn’t let him enter me at all, but this was a much more pow­er­ful feel­ing altogether.

Now… to change the sub­ject slightly… there are two rea­sons for this blog.

First, it’s a pot­ted his­tory of our chastity jour­ney.

I’d love to share it with other women and men who’re into the same thing. I found at the begin­ning it was tough to get sen­si­ble unbi­ased advice from people.

And, sec­ondly, I want to make it into a kind of diary detail­ing what we’re up to and shar­ing what works and what doesn’t, especially when it comes to effective and comfortable chastity devices.

Right now it feels like we’re ready to take this all a lit­tle fur­ther… although I’m not sure where that’s going to be.

But I do know it will involve a chastity device of some kind or other.

More later on all the different kinds of chastity device we'll be trying and all the other stuff we get up to along the way.

Back to Chastity Devices
Previous
Next