The ruined orgasm I gave John on Saturday evening has to be the best (or worst, depending END_OF_DOCUMENT_TOKEN_TO_BE_REPLACED

Forced male chastity... a bit of a hot topic, and, ultimately, one large pile of unicorn shit, END_OF_DOCUMENT_TOKEN_TO_BE_REPLACED

I've been writing male chastity fiction for a number of years now, but, as with so many things I got out of the habit as "real life" took over from the kink and the rest of the chastity stuff.

But as I've said elsewhere, John and I kept up the play when we could, and, much to our mutual surprise, went further than chastity alone and delved into exploring dominance and submission, to the point where some time ago I tool John's oath of obedience and we began a full female led relationship (that's a link to a fairly lightweight, balanced, and easy introduction to the topic).

And please don't message me about or comment on this topic if your imagination doesn't extend beyond the perfumed end of your wannabe-feminized little dick.

We do have elements of submission, obedience, and punishment now, to be sure, but if you're looking for dumb shit about chastity maids, emasculation, forced chastity fiction, and that kind of wank-fodder, you're in the wrong place. 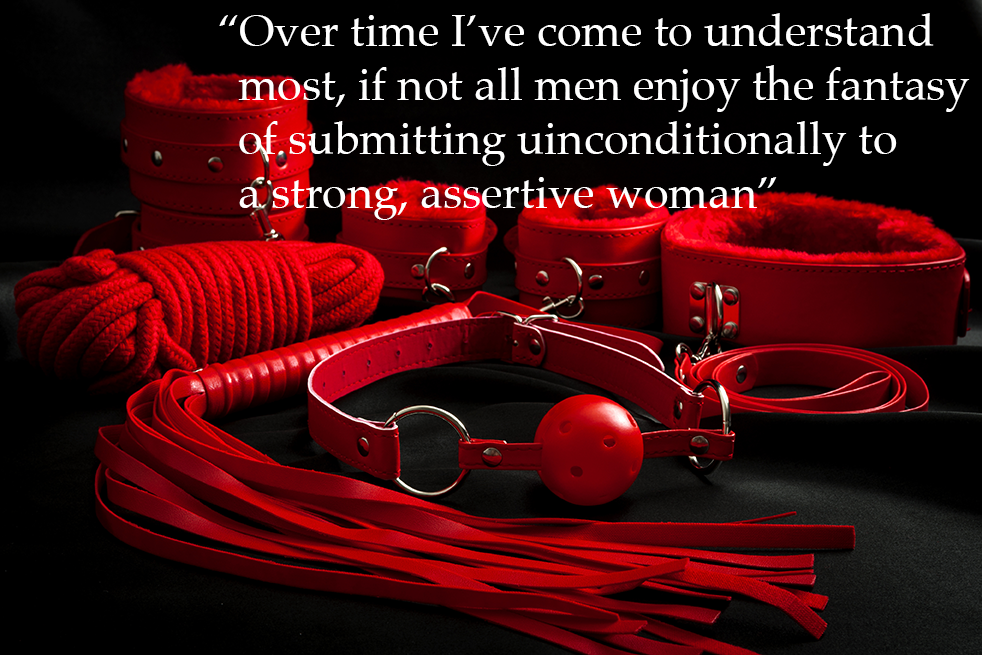 Male chastity fiction as a tool of exploration

Over time I've come to understand most, if not all men enjoy the fantasy of submitting unconditionally to a strong, assertive woman. Obviously this has more caveats than a politicians's promise, not least the question of for how long?

Some men enjoy it as a long-term lifestyle choice; and others, maybe just for a night to see how it feels.

And male chastity fiction has been a fabulous way for me and John to articulate what we want as well as (perhaps bizarrely to some) document what we've been up to.

Here's the thing, you see: neither of us had plans for this to happen.

I know I didn't, and I have no reason to believe John when he said he didn't either. Besides, none of it has the hallmarks of being orchestrated in any way.

The upshot is a few weeks ago I decided to put fingers to keyboard once more and write a series of books more or less semi-autobiographically based on the path John and I have taken.

... and then beyond, to a place far darker than either ever imagined.

How close it is to real life?

Aha, that's for me to know and you to get all excited about.

There are strong threads and elements of truth weaving through the stories and arcs, but it goes beyond where John and I are (and beyond where we'll ever be... unless things change).

And John loves me for it.

Back to top of NEW: Male chastity fiction with helpless surrender

Back to Dominance and Submission
Previous
Next