Permanent orgasm denial is the Holy Grail for many men who desire male chastity. But why would any man want it? And why would a woman grant his wish?

I had an email the other day from a fellow asking if John is ever unlocked or if he's caged 24/7.

Now that would be silly.

Not only do I like to take his Lori off occasionally so I can tease the Bejasus out of him, but common sense means it comes off once a week or so for cleaning and inspection, just to make sure there are no problems.

He replied to that, asking, "Do you supervise him while he's cleaning himself?".

And the answer is no.

He's not a child or otherwise incapable of basic hygiene.

The fellow's reply to that?

"I bet he cheats and pleasures himself in the shower, so his permanent orgasm denial is B.S."

End of the conversation as far as I'm concerned.

I don't mind having civilised discussions and even disagreements, but I won't entertain that kind of aggressive nonsense from anyone.

The first misapprehension here is John wants to cheat in this.

Why would he bother?

It's not like he's forced into chastity and permanent orgasm denial against his will — if he wanted to orgasm that badly, he'd simply take the device off when he felt like it or would stop playing the game entirely.

The second misapprehension is permanent orgasm denial is something (some) men don't actively want.

Because they most assuredly do.

In my experience, male chastity tends to start as an occasional or short-lived game, but as with anything pleasurable like this, there's always the tendency to up the ante — longer and longer periods of denial with the idea of making it permanent settling into their psyche and drawing them on like a moth to a candle flame.

For women, it's generally similar.

They agree to play the game for a bit of fun, but as they start to experience the countless other benefits, the idea of permanent chastity and permanent orgasm becomes more appealing.

Others, like me, agree with their partner they'll never be inside them again. While this choice is ultimately mine because it's my body, we did discuss it.

I'm post-menopausal and penetrative sex is uncomfortable. I still want to have sex, but it's painful for me and, testament to John as a man rather than an overgrown child like so many men, he won't have sex with me if it's going to hurt me.

Just like that. It's better to have it out there in the open as a conscious decision rather than the proverbial elephant in the metaphorical room.

It was then only a small step to make his orgasm denial permanent, too.

For men and women just starting out in chastity, this might seem quite mad.

Alas, the fellow who emailed me with his doubts and assumptions is saying more about himself and his own lack of fortitude and integrity than he's saying about anyone else.

Back to Male Chastity
Previous 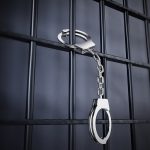 Men often claim their wives put them into chastity. They genuinely expect others to believe they have END_OF_DOCUMENT_TOKEN_TO_BE_REPLACED

Read More
Put into chastity and other painful and pitiful nonsense 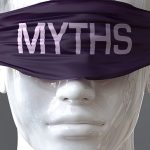 There's a lot of nonsense spoken about male chastity. I don't think you can study the subject END_OF_DOCUMENT_TOKEN_TO_BE_REPLACED